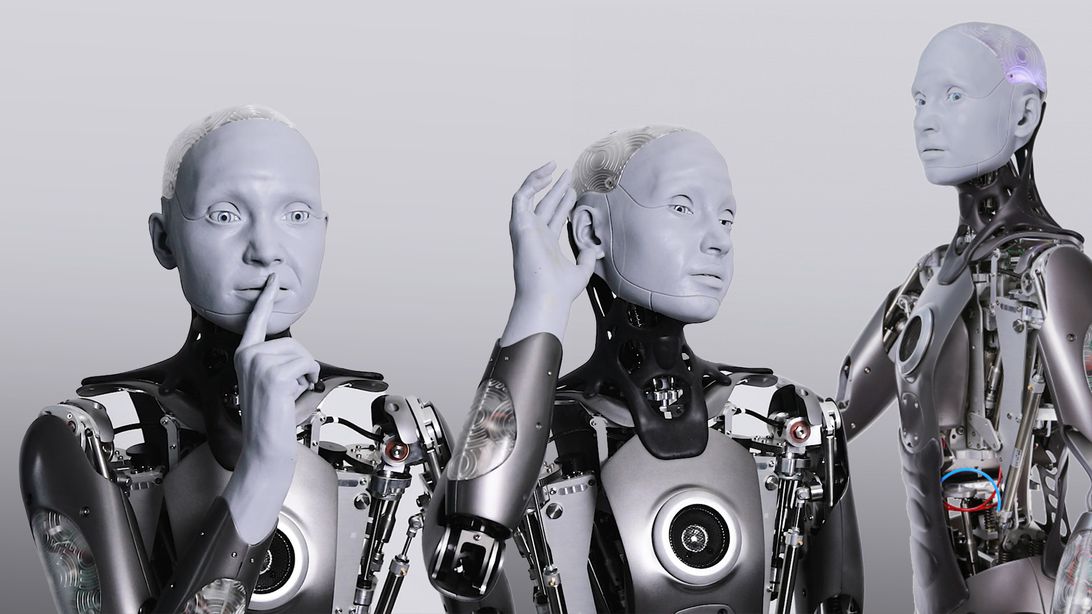 You’ve probably seen Ameca if you’re on the internet. A video of the gray-faced, humanoid robot’s facial expressions went viral on social media in late 2021, catapulting it into public attention. Elon Musk’s response was one word: “Yikes.” Chrissy Teigen, who has 13 million followers on Twitter, retweeted it.

“We were incredibly surprised,” says Morgan Roe, Engineered Arts’ director of operations. “Overnight, it became a sensation. We got 24 million views on one Twitter post.”

Roe credits it to America’s look, which is neither robot nor human. Its body is entirely made of metal and plastic, and its visage is a genderless, alien gray. Inside its skull, 17 separate motors regulate its motions and expressions. Its facial characteristics, on the other hand, are startlingly vibrant and emotive. This blend of artificial and lifelike, according to Roe, relates to our collective picture of what humanoid robots will look like in the future.

Engineered Arts had already developed a frighteningly humanoid robot. For the past four years, the company has been developing a series of lifelike Mesmer robots and displaying them to conference attendees on packed show floors.

“Each Mesmer robot is designed and built from 3D in-house scans of real people, allowing us to imitate human bone structure, skin texture and expressions convincingly,” potential clients are told on the Engineered Arts website. “Mesmer is designed to be modular, so you can remove the head with one click and no tools, and swap it for another.”

Ameca isn’t looking to make a name for itself on the conference circuit. It doesn’t sprint and leaps like Boston Dynamics’ robots, and you can’t preorder it as a home assistant right now. According to Roe, it will take at least ten years for a robot-like Ameca to be “walking amongst humans” as a service robot. Sure, Walking Among Us seems like the title of a documentary about humanity’s downfall, but we have another decade before we have to worry about that.

Ameca also misses Mesmer’s flesh-colored skin tones. Ameca features a transparent plastic skull in place of Mesmer’s genuine human hair. We can see the joints and elements of the robot. Ameca is still unmistakably “other,” and this is on purpose.

“What we found was, when you try and make it look ultra-lifelike [like] our other Mesmer line, it looks a bit more sinister because it’s right in the uncanny valley,” Roe says. “But when we created Ameca, we pulled it backward out of the uncanny valley.”