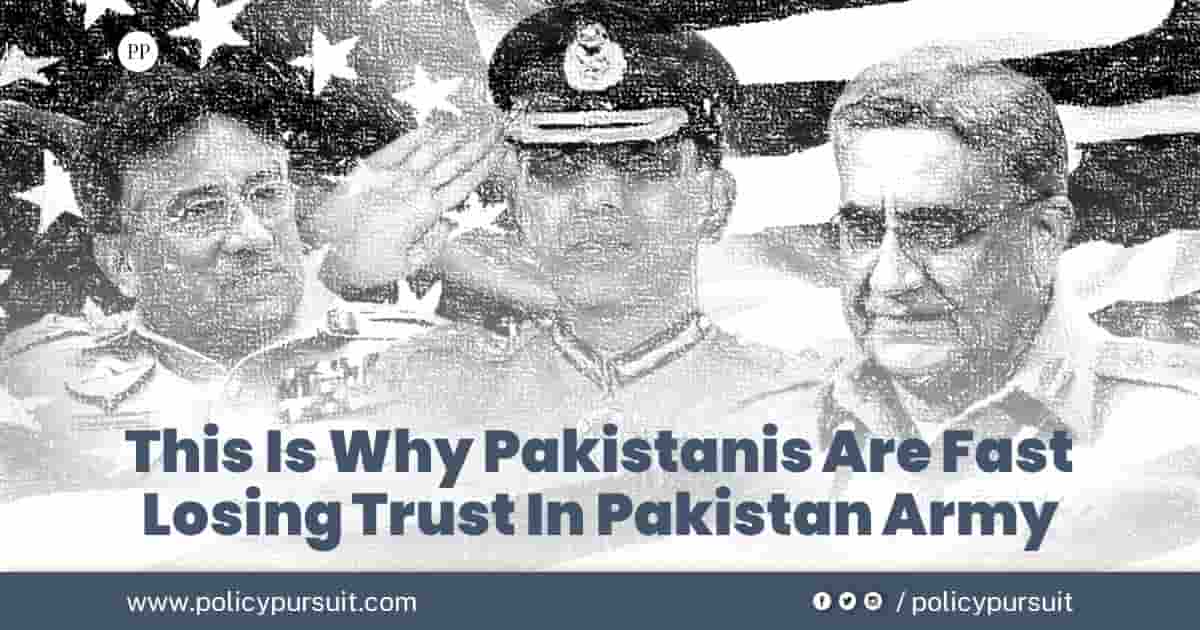 It’s July 4 – the American independence day & what is interesting is some Pakistanis are wishing all those “who always surrender to US” ( Pakistan Army Generals ) a happy American Independence Day!

The person saying so is none other than renowned mainstream journalist Arshad Sharif – whose father & brother both served in the military.

Over the years, Arshad has been himself involved with the Army, visiting far-flung border areas, and recording programs to show the general public the difficult life of soldiers, taking & spreading the military’s version in times of crisis such as the so-called Balakot strikes.

With a person like Arshad expressing his grievance with the Army, we thought of sharing some events Arshad mentioned that have caused a trust deficit over the years.

Why Pakistanis Are Losing Trust In Pakistan Army Generals?

Pakistanis(in the majority) consider that if there’s anything that has Pakistan glued together despite many internal & external challenges the country is facing, it’s the military. Here are some of the many events that have dented Pakistanis’ trust in the Army they have always loved.

Pervez Musharraf’s “Yes, Sir!” To The US

Former military dictator Pervez Musharraf revealed in 2006 that Bush delivered his threat of bombing Pakistan into the stone age via Assistant Secretary of State Richard Armitage.

Cooperation in the American invasion of Afghanistan has cost Pakistan thousands of lives & loss of billions of dollars.

Citizens use this “surrender” & subsequent loss to Pakistan as an event to prove that military Generals are concerned more about protecting American interests in Pakistan rather than that of the Pakistanis.

However, it doesn’t end there. Ramond Davis(a CIA contractor) who killed 2 men in Lahore was freed after an alleged CIA threat.

The family of the deceased, in a court, claimed to have pardoned the murderer. The court was told of having received “blood money” the amount which the Pakistani media claimed to be $2.34 million.

However, it’s not something unknown to Pakistanis that the victims are generally pressurized for backdoor reconciliation in return for “blood money”. It has also long been suspected that courts’ decisions reflect the whims of the Pakistan Army Generals.

A lawyer for the family of one of those slain, Faizan Haider, told media that the “blood money” deal was done without his knowledge and while he was in custody.

Many seriously question if the Abbottabad raid was the outcome of Pakistani intelligence allowing/permitting the US to carry out the operation on Pakistani soil, or if it was the consequence of ineptitude since they failed to know despite the raid lasting hours.

The most recent ouster of Prime Minister Imran Khan is yet another dark chapter in the history of Pakistan. The former Prime Minister claims American Under-Secretary Donald Lu warned Pakistan of consequences in the form of isolation on the international level if Khan was not removed.

Khan says the cipher has undiplomatic language used in a blatant insult to Pakistan’s national prestige. The Cipher was delivered only a day before the Vote Of No Confidence was tabled in the National Assembly.

Former federal minister for human rights Shireen Mazari stated revealed that the Cipher was kept from the then-Prime Minister and Foreign Minister. A tip-off from an unnamed official brought it to the attention of Shah Mehmood Qureshi, who then forwarded it to then-Prime Minister Imran Khan.

The unknown person addressed in the Cipher to remove the Prime Minister has given rise to the famous question “Wo Kon Tha?”(Who was he?).

After the Cipher was forwarded to Imran Khan, Army Chief General Qamar Javed Bajwa kept telling Khan not to discuss the communication in public, it is said, citing harm to the OIC conference Pakistan was hosting as well as its bilateral relations with the US.

These are only a few of the many instances that have Pakistanis persuaded that Pakistan’s military generals are not loyal to the country and that what they do well is serve American interests at the expense of Pakistanis’.

The change this time, however, is that they now express themselves without fear. 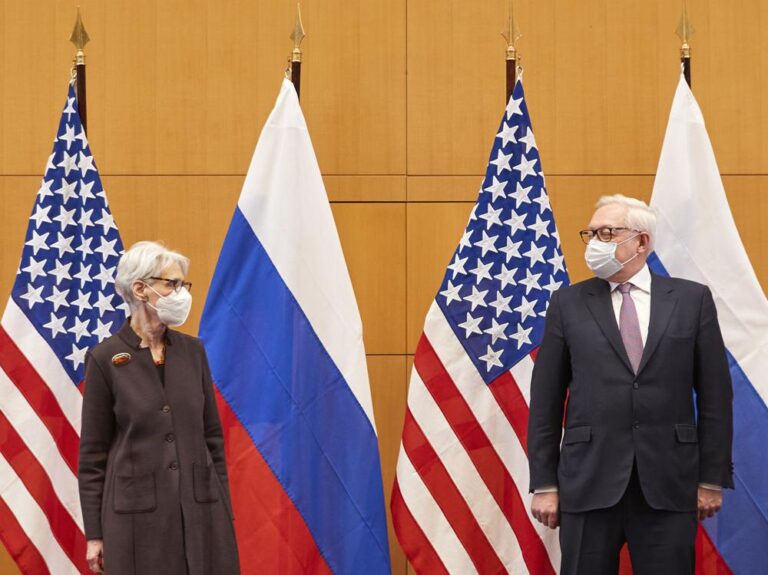 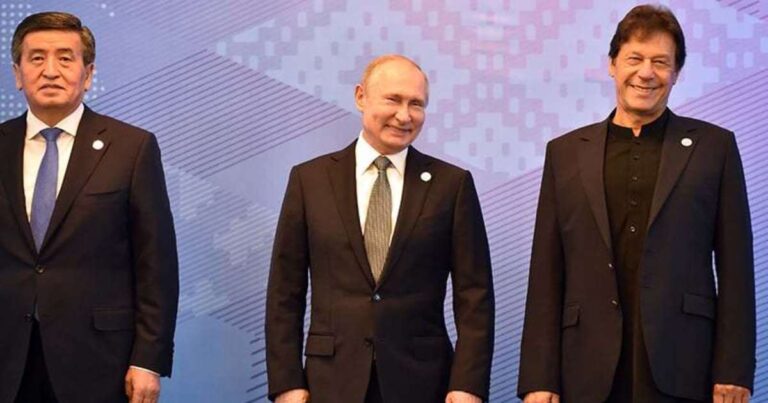 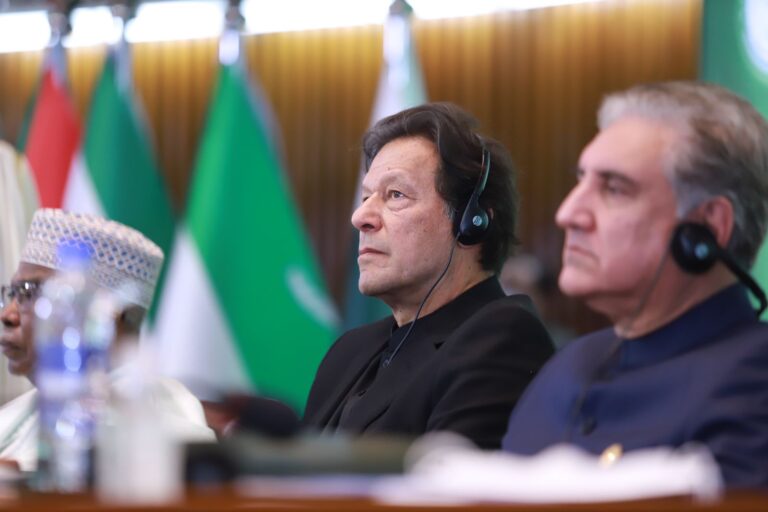